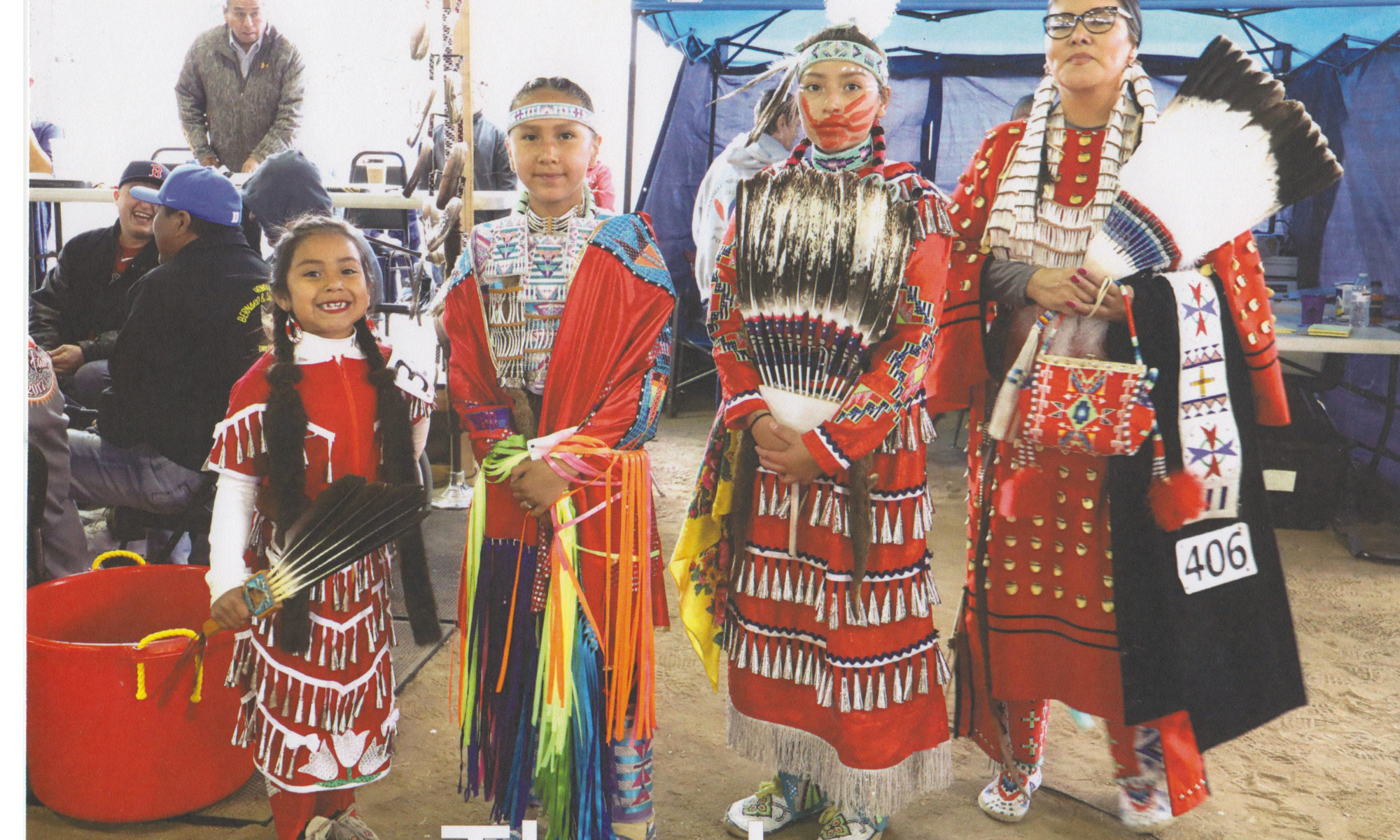 Due to current social distancing requirements the POWWOW has been rescheduled to August 21st to 23rd. Vendors still can apply and tickets purchased by calling Amelia Luna at 249-7192

Black Lodge was started in 1981 by Kenny and Louise Scabbyrobe. The group was made up of their boys and nephews. They have been traveling the Powwow country to share their music. After 38 years they are still going and thankfully still meeting new people. They have had the privilege of winning numerous awards and celebrations. Multi nominated for the Grammy Awards, they are still putting out new music every year.

They are always honored to serve as host drum at various celebrations and very honored that the Susanville Rancheria committee has asked them to provide music for the celebration this year. God Bless!

Hello, my name is Lee Jack jr. I am of the Dine nation from the great state of Arizona. I am a father to three beautiful girls, Maniyee, Keshina, and Ne’naya Jack. I’ve been dancing my whole life in dance for the handicapped, the world and peacefulness. As your headman I am honored to be here at Susanville, California. From my people to all people I bring you blessings from the bottom of my heart. As a grass dancer I encourage our youth to “Always pursue your dreams and goals and never give up”

Violence Against Native Women and the Red Dress

According to a National Crime Information center, “in 2016 there were 5,712 reports of missing American Indian and Alaska Native women and girls.”In 2016 the National Institute of Justice study found 4 in 5 Native American women have experienced violence in their lifetime and 56% of native women are survivors of sexual violence. According to the Committee on Indian Affairs, Native women are murdered at ten times more than the national average. Many of these experiences go unreported due to the colonial history that has sought to disenfranchise Native women. These women are our mothers, aunties, daughters, cousins, and friends.

Annita Lucchesi, Southern Cheyenne descendant and Ph.D. student at the University of Lethbridge in Alberta Canada, and Urban Indian Health Institute in Seattle conducted a report that documented the numbers of Missing and Murdered Indigenous Women and Girls (MMIWG) in the United States. “The report identified 506 cases across 71 selected cities… San Francisco has the 10th highest number of MMIWG cases with 17 in the report, and California was the sixth with 40.” It is difficult for Native women to get justice, due to a variety of reason that include jurisdictional issues for crimes committed on Native American land, lack of response from federal and state prosecutors, and an inherent distrust with law enforcement.

To bring attention and awareness to the over 1,000 missing and murdered indigenous women in the United States and Canada. Dedicated individuals and communities have been holding prayers, dances, and gatherings to bring attention to the high rate of violence that affects Native American women.  The Red Dress has become a symbol for the thousands of missing and murdered indigenous women across the United States and Canada. It is to assert that these women are not forgotten from our homes, communities, or memories. Even more it has become a symbolism of remembrance and active community awareness to the missing and murder indigenous women epidemic that affects Native American communities.  In 2011, Metis artist Jamie Black created an art installation named The REDress Project, Black collected over 600 red dresses, displaying them in public spaces across Canada to draw attention to the high number of missing and murdered indigenous women. Since this project there has been a number of community organization, exhibits, and spaces to highlight the complexity of this issue.

The Susanville Indian Rancheria will be holding Red Dress Special on Saturday after grand entry at 1:00 pm. to show support and raise awareness for Missing and Murder Indigenous Women across the United States and Canada.  Ultimately, this space is to hold prayer for the women who have been affected by violence. We ask for the community to support us in our efforts to remember these women and stand in solidarity with the Native American community.

Paiute and Shoshone enrolled member of the Susanville Indian Rancheria

PhD. Candidate in Native American Studies at the University of California, Davis